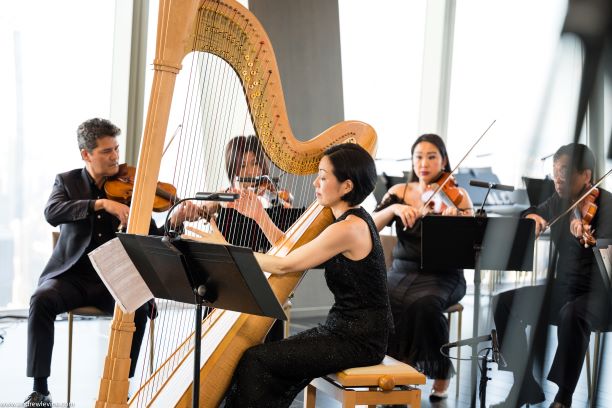 This year’s summer festival was designed to provide both performance opportunities and financial support for the musicians of the Metropolitan Opera Orchestra, and it was held as a “hybrid event” combining an offline (in-person) event and an online (virtual) event. The first part of the Summer Festival, the in-person event, was a reception and concert for VIP guests of the event sponsors held on June 25. The venue was “Peak Events” on the 101st floor of 30 Hudson Yards, secured with the support of Mitsui Fudosan America, a member company and board member of The Nippon Club.

The second part of the Summer Festival, a virtual event held on July 9, showed videos of seven of the nine songs performed at the VIP concert. The MC was Mr. Maeda, Vice President & Assistant Secretary of The Nippon Club, and Ms. Mariko Anraku, a harpist and the only Japanese regular member of the Metropolitan Opera Orchestra, provided commentary explaining the music.

Since 1995, Ms. Mariko Anraku has held the position of Associate Principal Harpist of the Metropolitan Opera Orchestra. Her impressive list of awards includes First Prize at the First Nippon International Harp Competition, First Prize at the Concert Artists Guild Competition in New York City, and the Pro Musicis International Award, as well as the Third Prize and the Pearl Chertok Prize at the International Harp Contest in Israel. She has given debut recitals in major cities around the world, and she continues to perform solo and chamber music, as well as actively participating in UNICEF charity concerts and volunteer performances. She is also very enthusiastic about teaching music and nurturing young artists. At the Pacific Music Festival held in Sapporo every summer, she teaches musicians from all over the world and performs. She also teaches at the Manhattan School of Music.

The Virtual Summer Festival opened with edited footage from the VIP concert of the greetings of Ambassador Kanji Yamanouchi of the Consulate-General of Japan in New York and Mr. Sayu Ueno, President of The Nippon Club and President and CEO of Mitsui & Co.

The following seven songs were shown in concert with commentary by Ms. Anraku. 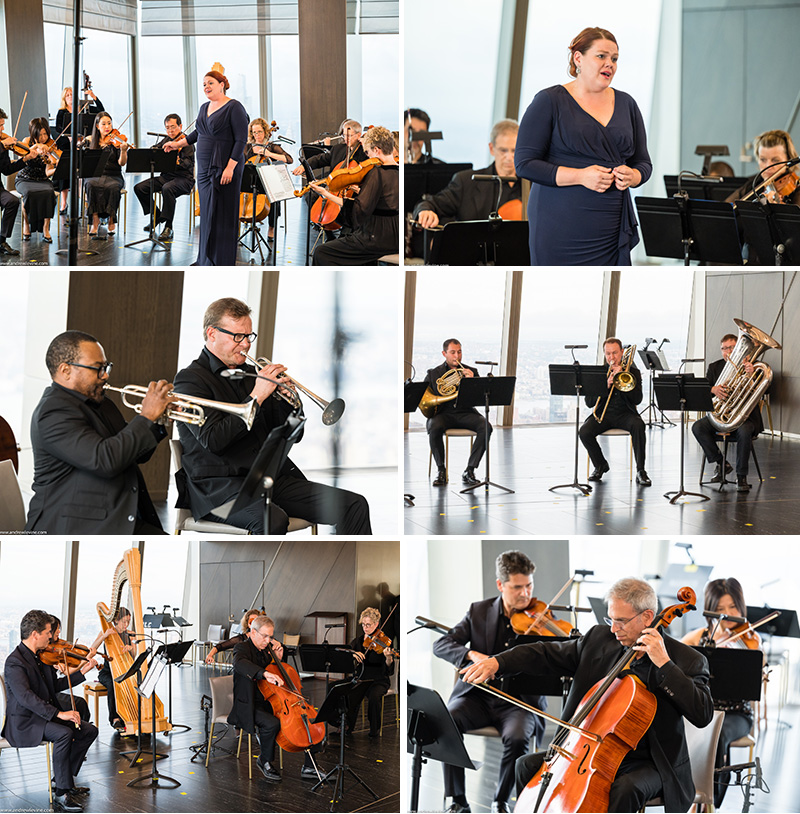 After the concert, we asked Ms. Anraku about the Metropolitan Opera’s 2021-22 season, which starts in September, and about her previous experience taking culture courses at The Nippon Club.

And last but not least, door prizes were presented. In addition to five luxury prizes, Ms. Anraku provided two large size illustration prints by Emmanuelle Ayrton, an artist who humorously depicts the daily life of the musicians of the Metropolitan Orchestra as surprise prizes! 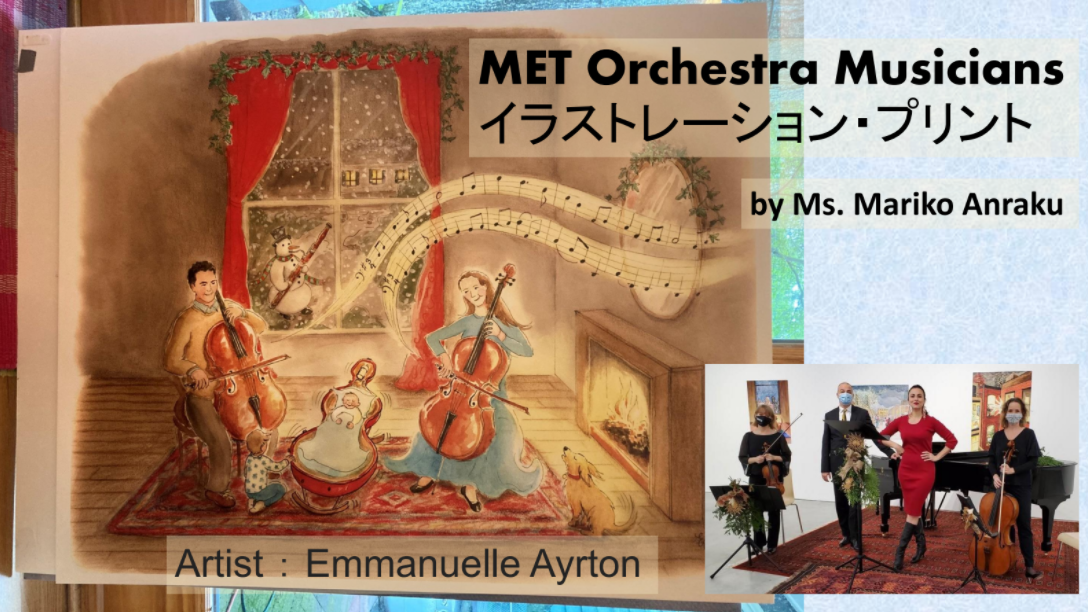 We’d like to express our sincere appreciation and gratitude to the 23 member companies who agreed to support this event. And thank you to everyone who participated! 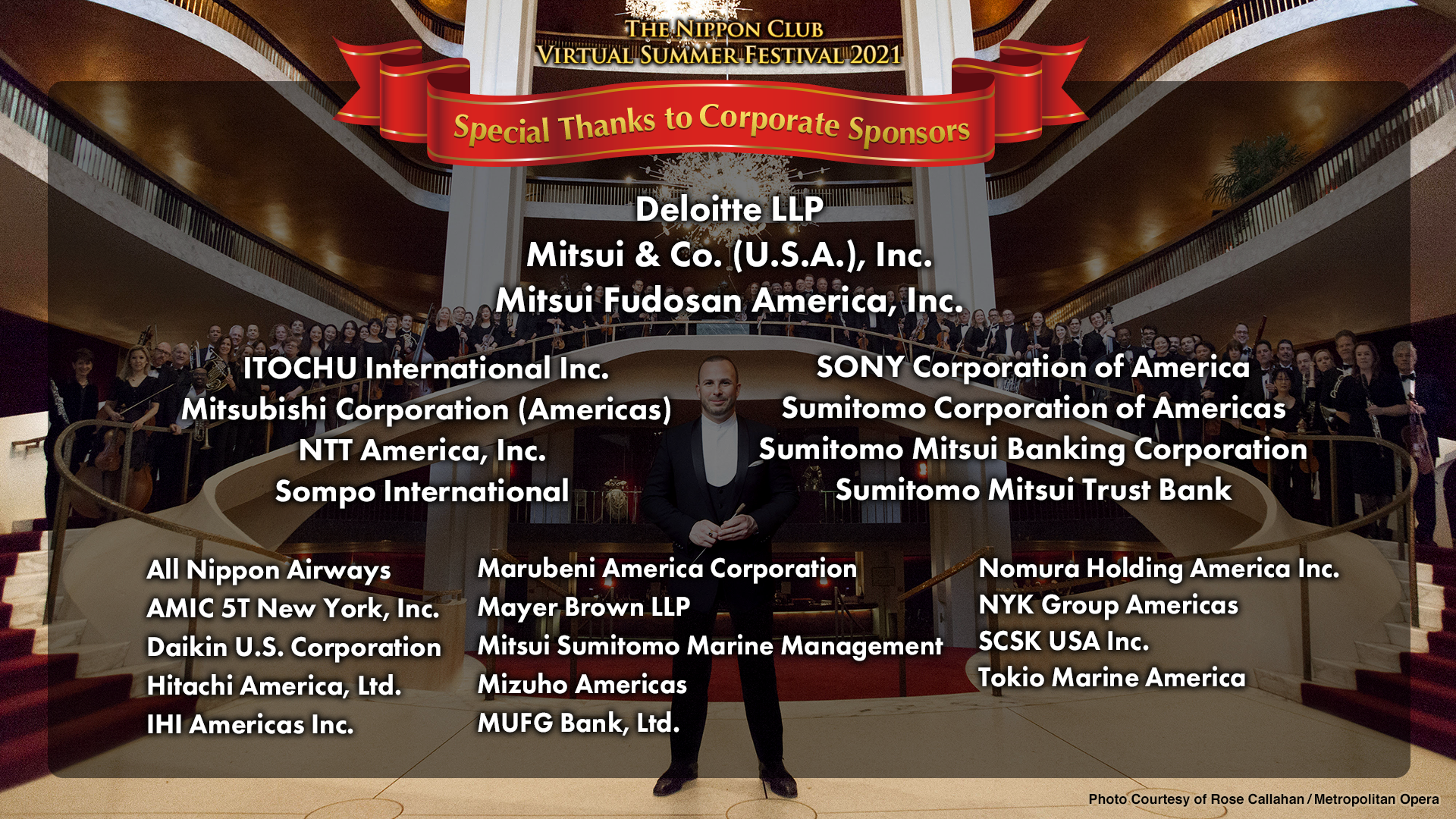