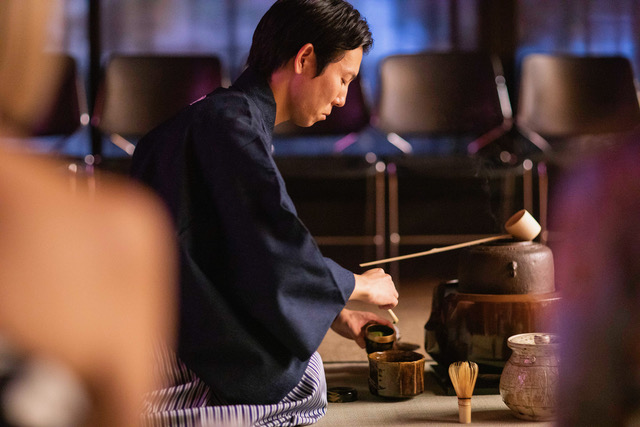 Mr. Yoshitsugu Nagano, a New York-based tea master of the Ueda Sōko-ryū, will speak on the theme of “Business and Tea Ceremony” in a conversation with Mr. Masaaki Maeda, Vice President & Assistant Secretary of the Nippon Club.

Are you familiar with “kindai-sukisha”? The term refers to leading business figures of the Meiji era who were devoted to the tea ceremony. In the course of their business relationships with Western countries, they realized the importance and value of their own culture. They made a deliberate effort to nurture that culture, and in the process, they gave rise to an influential tradition that would be embraced and expanded by later Japanese businessmen such as Konosuke Matsushita, the Japanese industrialist who founded Panasonic.

What was it about tea that fascinated them? We will show how these individuals, best known for their success in business, were also tea masters. This is an online event, and you can easily participate from your home or office via PC or smartphone.

*The event will be held in Japanese, but The Nippon Club will be providing real-time subtitles in English through Wordly.
*This event is an online event via Zoom. The actual event is not being held at The Nippon Club building.

Chanoyu Week NYC was established in 2022 to promote Japanese and Asian culture through “Chanoyu” (tea ceremony) in New York City. Chanoyu Week NYC, headed by Mr. Nagano, will be held annually in November at various locations in Manhattan and Brooklyn. It will feature about 20 tea ceremony-related events, including a “Rikyu” film screening, a Kuchikiri ceremony (the breaking of the seal on a jar of new tea), an Azuchi-Momoyama period Chakaiseki (meal served in the context of tea ceremony) dining experience, and a Japanese sweets-making workshop, among others. For more details, please visit: https://www.chanoyuweeknyc.com/ 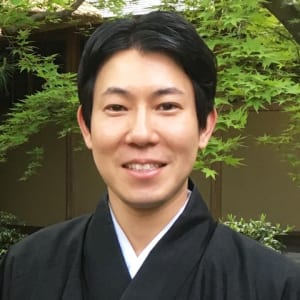 Mr. Nagano has established a style of “Chanoyu” that reflects modern sensibilities and values while remaining grounded in tradition. In 2018, he became the youngest person to be awarded a certificate of professor in the Ueda Sōko-ryū. In 2019, he moved to New York. Since then he has been promoting the culture of “Chanoyu.” He frequently holds tea ceremonies and lectures in New York.