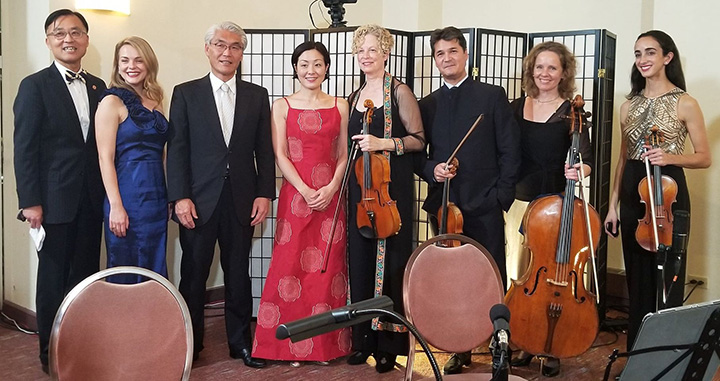 Our annual fall music event was held on Wednesday, November 10, 2021, under the title “An Evening of Classical Music,” a hybrid event combining in-person and virtual attendance. It was the first time in a long time that an event was held in the Nippon Club building, as the Nippon Club had been temporarily closed due to the new coronavirus infection.

The in-person event was held in the gallery space on the seventh floor of the Nippon Club building, beginning with a buffet dinner prepared by Chef Yasuoka.

After dinner, the guests enjoyed a music performance by musicians of the Metropolitan Opera Orchestra in the Rose Room on the second floor. At this point, the Virtual event started with live streaming.

Then the live concert by the musicians of the Metropolitan Opera Orchestra began. The concert featured a harpist, Ms. Mariko Anraku, the only Japanese member of the orchestra, and a string quartet with Mr. Bruno Eicher, violinist; Ms. Sarah Vonsattel, violist; Ms. Mary Hammann, violist; and Ms. Kari Docter, cellist. The beautiful and powerful performance by some of the world’s top-level players echoed through the Rose Room. 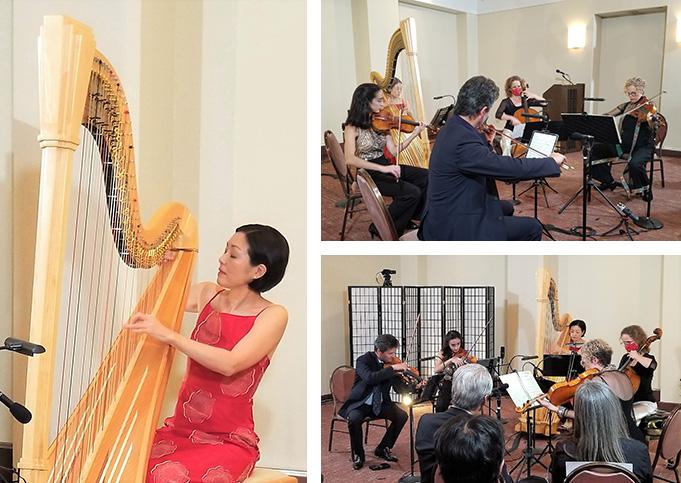 We’d like to express our sincere appreciation and gratitude to the member companies who sponsored this event. And thank you to our guests who participated in-person and virtually. If you have any comments or suggestions about the event, please email us at info@nipponclub.org. 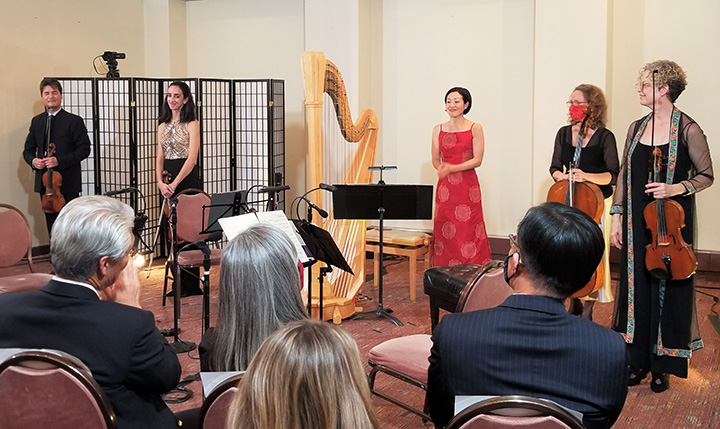