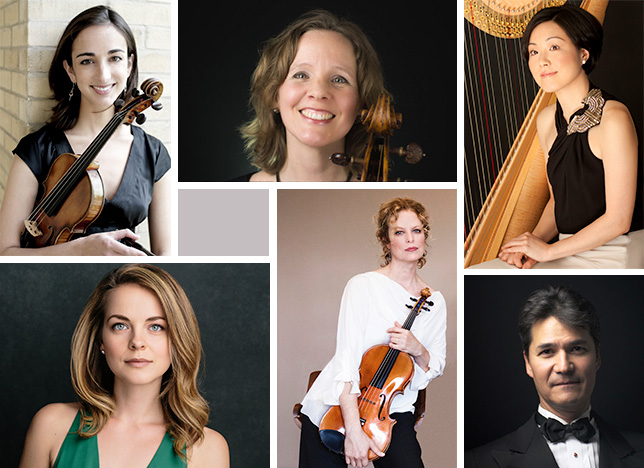 The Nippon Club is pleased to present a hybrid music event, “An Evening of Classical Music,” a combination of the in-person and virtual event, on Wednesday, November 10, to provide members and their families with a safe place to enjoy the fall evening with delicious food and entertainment.


*When you register, please select how you’d like to attend the event: ‘in-person’ or ‘virtual.” 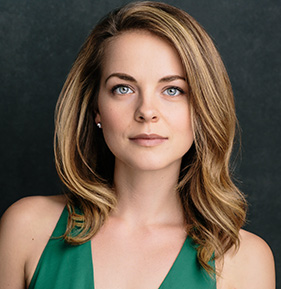 Christina Maxwell currently works for Related Companies as the Executive Director of High Line Nine Galleries and as a leader on Art & Culture Special Projects throughout the Related portfolio. Experienced in many facets of the arts sector, Maxwell is a published writer, singer, actress and public speaker. Most recently, Maxwell performed with the Metropolitan Opera Orchestra musicians on EDGE for the 4th of July, and can currently be seen on television as the new face and voice of the HUMIRA National commercial campaign. Maxwell also serves as a Pediatric Oncology Arts Therapist for the New York City nonprofit, RipRap, providing one-on-one music and art sessions to children battling cancer. During her undergraduate studies at the University of Michigan, Maxwell was awarded the prestigious UMS 21st Century Artist internship and Actors Equity Association Award, and founded Music at Mott, an outreach program bringing hope to patients at Mott Children’s Hospital. 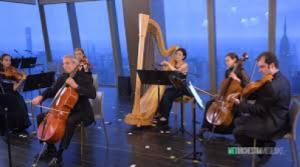 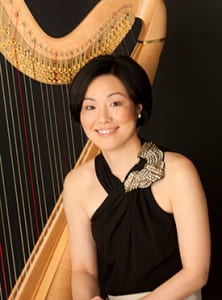 Mariko Anraku, active as a soloist, chamber and orchestral musician, is hailed as a “masterful artist of intelligence and wit” (New York Times) and “a manifestation of grace and elegance” (Jerusalem Post). Since 1995, she has held the position of Associate Principal Harpist of the Metropolitan Opera Orchestra. Since her debut as soloist with the Toronto Symphony led by Sir Andrew Davis, Ms. Anraku has appeared with the Vienna Chamber Orchestra and New Japan Philharmonic among others. As a recitalist, she has performed in major concert halls including Weill Recital Hall at Carnegie Hall, Jordan Hall in Boston, Opera Comique in Paris, Palazzo delle Esposizioni in Rome and the Casals, Kioi and Oji Halls in Tokyo. Her impressive list of awards includes First Prize at the First Nippon International Harp Competition, First Prize at the Concert Artists Guild Competition in New York, the Pro Musicis Foundation International Award, as well as Third Prize and the Pearl Chertok Prize for the best performance of the required Israeli composition at the 11th International Harp Contest in Israel. Ms. Anraku’s strong commitment to expanding the boundaries of contemporary harp repertoire has included invitations to premiere works by Toshio Hosokawa at the Donaueschingen Musiktage in Germany and the Wien Modern in Austria. She also gave the US premiere of Jean-Michel Damase’s Concerto “Ballade” with the Cincinnati Chamber Orchestra. She has recorded exclusively for EMI Classics, including 3 solo albums and “Beau Soir” a duo album with eminent flutist Emmanuel Pahud. Ms. Anraku is a faculty member at the Manhattan School of Music and PMF (Pacific Music Festival). She often serves as a jury member at competitions, most recently at the 20th International Harp Contest in Israel. She holds Bachelor’s and Master’s Degrees from the Juilliard School and is a recipient of an Artist’s Diploma from The Glenn Gould School in Toronto. Her teachers have included Judy Loman, Nancy Allen, Lanalee deKant and her aunt Kumiko Inoue. She also studied Oriental Art History at Sophia University in Tokyo and enjoys playing community service concerts at hospitals, drug rehabilitation centers and other venues. 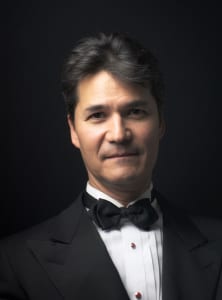 Violinist Bruno Eicher is Assistant Concertmaster of the Metropolitan Opera Orchestra, which he joined in 2001, after serving for four years as Associate Concertmaster of the Atlanta Symphony and the previous four years as Assistant Concertmaster of the Rochester Philharmonic Orchestra. His wide-ranging orchestral experience includes performing with the Vienna Philharmonic and State Opera orchestras, the New York Philharmonic, the Baltimore Symphony, and the Orpheus Chamber Orchestra, under the baton of conductors such as Solti, Levine, Gergiev, Barenboim, Maazel, Thielemann, Mehta, and Rattle. From 2009 to 2013, he was a coach of orchestral repertoire at the Verbier Music Festival. An avid chamber musician, Mr. Eicher has performed extensively throughout Europe and the U.S., as well as South Korea. In New York, as a member of the MET Chamber Ensemble from 2002 to 2014, he performed regularly at Carnegie Hall. A native of Burgundy, France, Mr. Eicher is a graduate of the Paris Conservatoire where he studied with Pierre Amoyal and Jean Hubeau. In the United States, he was a student of Dorothy DeLay and Hyo Kang at the Juilliard School, from which he holds both bachelor’s and master’s degrees. In 1992, he was the 2nd prize winner of the Yehudi Menuhin International Violin Competition. He lives in Manhattan, with his wife, MET Orchestra cellist Kari Docter, and their two children. Mr. Eicher plays an instrument made in 2011 by Christophe Landon, a copy of the “Circle” Stradivari. 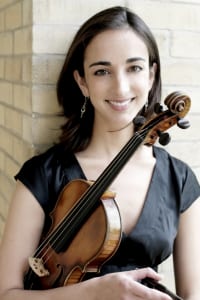 Violinist Sarah Crocker Vonsattel currently resides in New York City where she has been a member of the Metropolitan Opera Orchestra since 2008. She was previously a member of the Detroit Symphony Orchestra and the Colorado Symphony. Ms. Vonsattel leads an active life as a soloist, chamber musician, and orchestral musician. She has appeared as concerto soloist with Symphoria, the Coastal Symphony of Georgia, the musicians of the Detroit Symphony Orchestra, and the Cleveland Institute of Music Orchestra, among others. Chamber music performances include appearances at the Gardner Museum, Parlance Chamber Concerts, the Dame Myra Hess Concert Series, Classical Tahoe, Music Mondays, and Bargemusic. As a founding member of the Verklärte Quartet, Ms. Vonsattel was a Grand Prize Winner of the 2003 Fischoff National Chamber Music Competition. Sarah has also appeared as a guest artist with the Talea Ensemble and The Knights, and can be heard with the iO Quartet on the Bridge Records label. Sarah Vonsattel has appeared as both performer and faculty member at festivals including Orfeo and the Wellesley Composers Conference. She holds a Bachelor of Music degree from the Cleveland Institute of Music and a Master of Music degree from the Juilliard School. 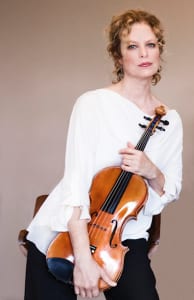 Violist, Mary Hammann, an active soloist, chamber musician and orchestral performer, has been heard extensively in North America, Europe and the Far East.
One of five musical sisters growing up near Gettysburg, Pa., Mary graduated from the Curtis Institute and Mannes College of Music, studying with Michael Tree, Karen Tuttle and Walter Trampler. Ms. Hammann has appeared in numerous chamber music festivals, including Marlboro Music and The Grand Canyon Festival. She has toured and recorded with Orpheus, Philomusica, Solisti, the Brandenburg Ensemble and the Metropolitan Opera. A member of the Metropolitan Opera Orchestra, since 1992, she has recorded on Sony Classics and Deutsche Grammaphon. Mary and Auréole, her award-winning flute-viola-harp trio, heard on the Koch label, have made eight recordings – one of which was short listed for the Grammy nominations. As a concerto soloist, she has performed at Lincoln Center with Solisti New York for Mostly Mozart and with the Jupiter Symphony. In addition to her recordings, she has performed live on many public radio programs, including Performance Todayand St. Paul Sunday Morning. 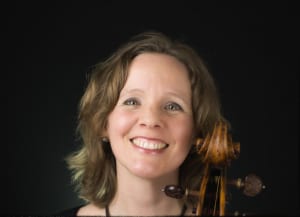 VKari Jane Docter, cellist, has been a member of the Metropolitan Opera Orchestra since 2002. Previously, she was a member of the Minnesota Orchestra, the Utah Symphony, the Buffalo Philharmonic, and the New World Symphony. As a chamber musician, she has participated in the Marlboro, Tanglewood, and Grand Teton Festivals, and has performed with the MET Chamber Ensemble in Carnegie Hall. She can be seen on Wynton Marsalis’ PBS series, “Marsalis on Music” performing with Yo-Yo Ma. She has been a guest coach at New World Symphony and coaches students privately in preparation for orchestral auditions. A native of Minneapolis, Kari studied at the University of Southern California, Rice University (B.M., magna cum laude), and the Juilliard School (M.M.) Her primary teachers were Eleanore Schoenfeld, Norman Fischer, and Joel Krosnick. 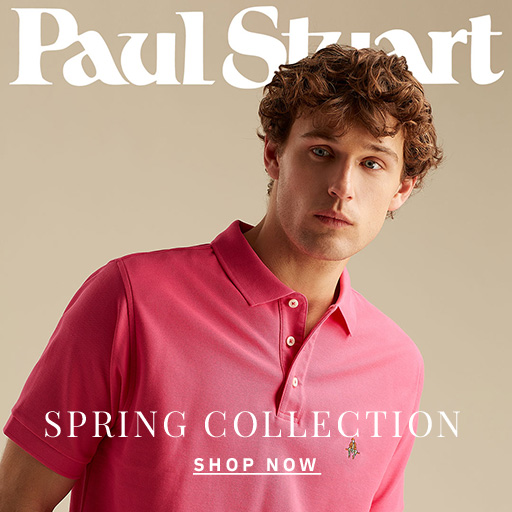